Explore
Know Be Do
Community About
Login

Get Your Ass To Mars

“No risk, no reward right?”

This was the last message that I sent a coworker on Monday when I decided to buy a same day, red-eye flight from San Fransisco to Washington D.C. to attend the 2018 Humans to Mars Summit hosted by Explore Mars. I had just heard about the conference the day before and it seemed like the perfect event to attend. I registered for a media badge to cover the event, finished my day job, then headed to the airport for an all night flight. Here are my key takeaways from it!

Astronaut health is the main reason we are not on Mars today. We have the capability to reach Mars, as seen by the InSight launch and other Mars missions, but we have not put humans on the red planet because humans require a lot more maintenance than a robot. Humans lack solar panels that allow robots to operate for years on end (next SolarCity project Elon??) and instead require large amounts of supplies and a reliable life support system to sustain life to Mars. Public opinion of going to Mars would definitely drop if we just started dropping corpses on the surface

The ECLSS is installed in the International Space Station (ISS) today and it has provided a wealth of information on what we will need for a long-duration life support system. It definitely requires some new technology to make it sufficient on a deep space mission such as Mars though. One speaker mentioned how we need a system that can reach 75% air reuse, 98% water reuse, and have at least 3 years of spares for the system. This also requires the systems to be reliable and repairable since the closest replacements will be months or years away. Many of these systems could be developed and tested quite extensively on Earth in a specialized environment. Or at the very least on the ISS. A final test on the moon would also make sense before a full launch to Mars. The charts above were grabbed from the presentations and show where we are today and what will be needed in the future. I come from an engineering background and when I hear analog, I think of analog electrical signals. So it took me a second to realize what was being discussed when a Mars Analog kept getting mentioned. It turns out that this is a type of habitat on Earth that is built in order to simulate various conditions of being on Mars. Imagine my excitement! The one I learned about at this summit was HI-SEAS which is located in Hawaii. It is an 8 month long program that even includes a 20 minute delay on all outside communications. Teams are selected to conduct research at the site and live together for the extent of the mission. This really appeals to me because I think the psychological effects of going to another planet are difficult to understand and prepare for. I have been through various training that I think helps me personally, but I think this would be a very good addition for myself and other future astronauts. 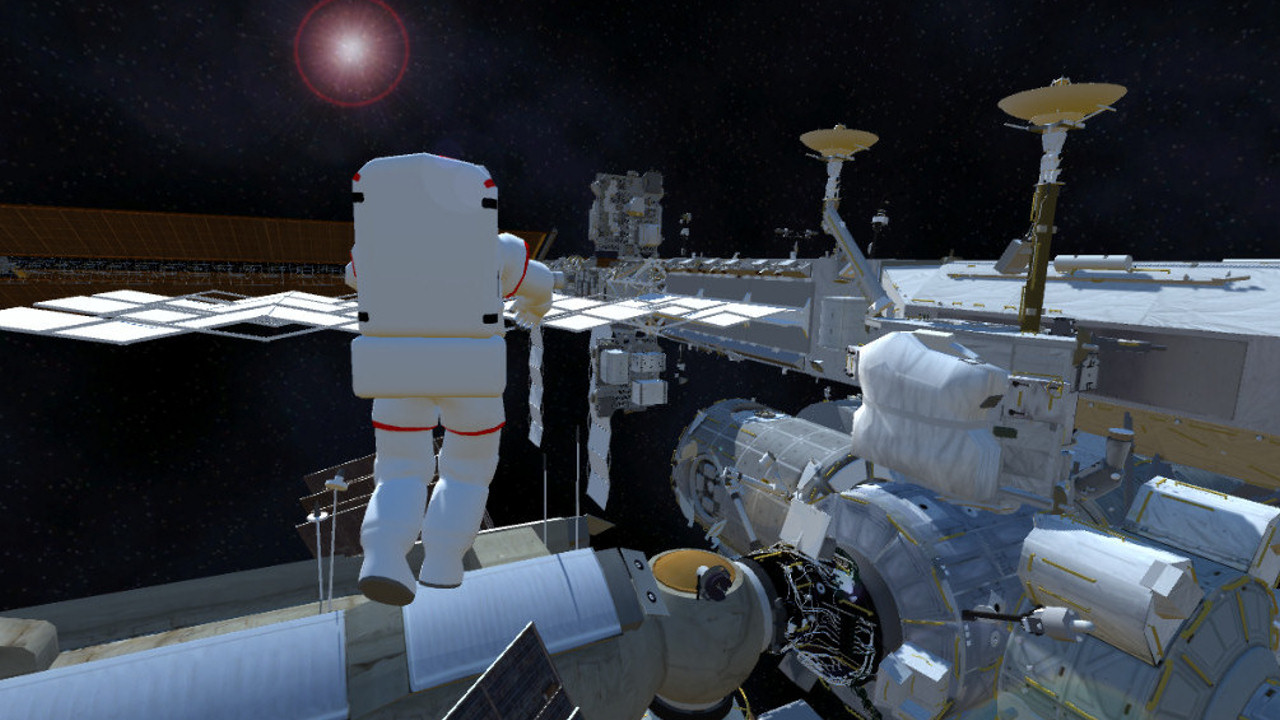 Public opinion has a large influence on politics and government funding (more on that in a second). We need society to believe in the mission and for brave individuals to be inspired to jump on a rocket and head away from the only planet our species has ever known. So how do we ensure that happens? I was lucky enough to speak with three separate astronauts from three different countries and they echoed the same thing over and over: tell the story of space exploration first hand. The more opportunities to talk about their time in space, either in person or online, the more people that will hear about these extraordinary experiences. They see this as the best way to make others want to head to the starts. But not everyone has the chance to sit and meet with an astronaut. That is where virtual reality is coming in to help. NASA and others have been working with game companies to create space-based virtual reality experiences. At this summit, companies like Lockheed Martin, Aerojet Rocketdyne, NASA, and HP were showing off different simulations in VR for guests to get a little closer to the experience.

To the Moon! Or Mars? 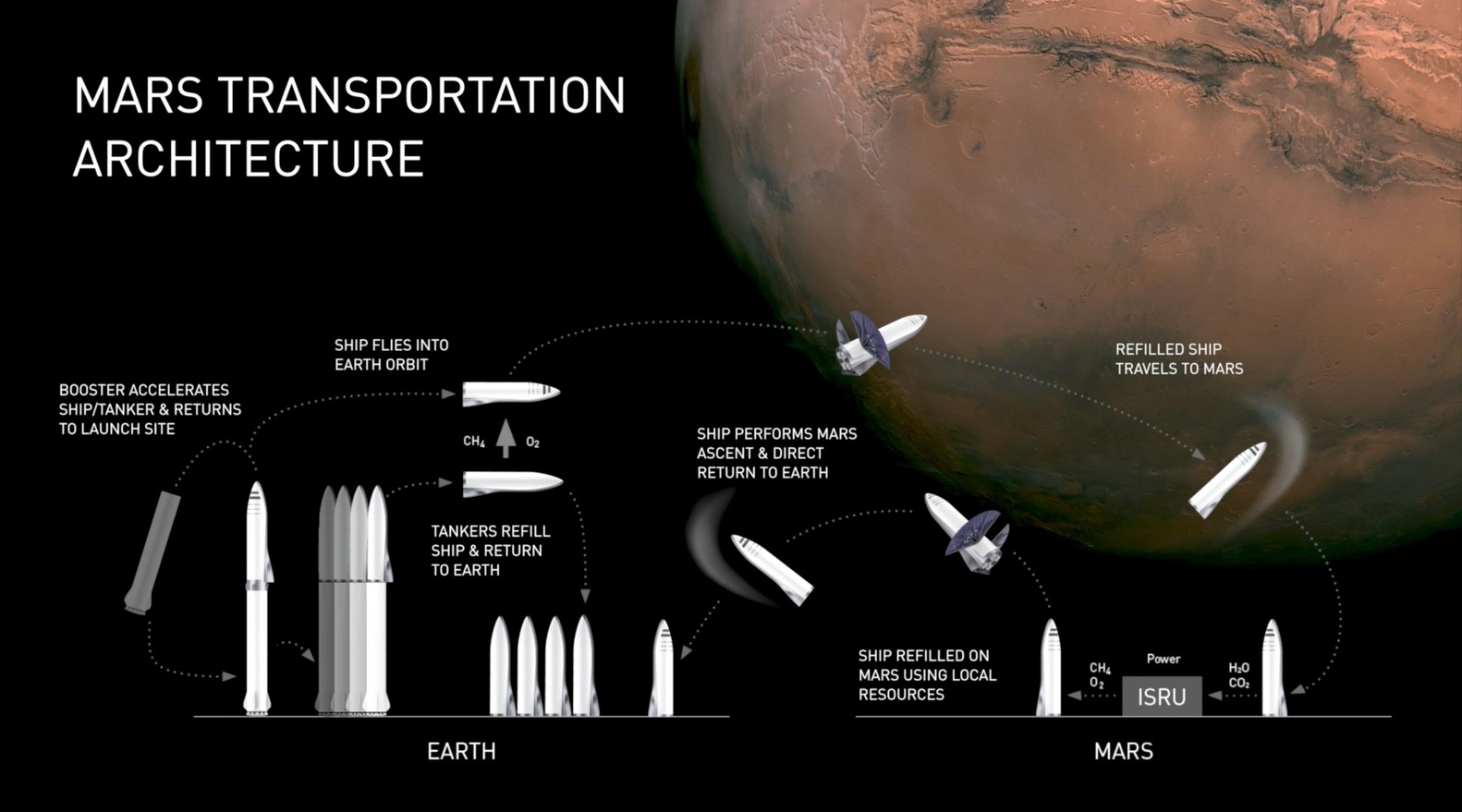 One of the biggest debates about going to Mars is whether we should go to the moon first and perfect the technology or head directly to Mars. They definitely both have their benefits. Going to the moon as a stepping stone to Mars will allow us to test various types of technology in an environment that is much closer to Earth. It will also allow us to iterate and redesign faster and with more resources readily available. That seems ideal if we had the Apollo era NASA budget, but the reality is we don't.

Going directly to Mars makes more sense to me because it is more economical and it will create a sense of urgency for companies and countries. The plans that NASA and others have laid out lead me to believe that we wouldn't get a human mission to Mars until the 2050s and the costs would be astronomical. Even now, the current NASA plan is to send humans to Mars orbit. Not the same as a Mars settlement. Conversely, SpaceX's plan to go to Mars is one that involves a very direct path using its planned BFR. The challenge with this plan is reliability developing all the systems needed for a settlement in a quick timeframe. But at a fraction of the cost, and even compensating for "Elon time", SpaceX seems to have set its goal and a laid out what could be the first human mission to Mars. I see a commitment to a solution as the most important piece because what I noticed at the summit was a lot of great ideas and no concrete plan and timeline to make it happen.

There are some other ideas out there too like the Aldrin Mars Cycler, which I think is very good too. What it and other great plans need though is that Kennedy style commitment of making it happen with a deadline. I see Elon Musk as the only one making that type of commitment.

Even with the commercialization of space, a sustainable trip to Mars will be very expensive. There is a need for not only our government, but other governments of the world to contribute to the cause. I imagine this is why Texas Senator Ted Cruz and newly appointed Head of NASA Jim Bridenstine attend the summit as speakers. They both echoed a commitment of going to Mars, but I did not see either of their speeches as inspiring or heartfelt. Senator Cruz spent more of his time on stage talking about himself (I guess he is a politician after all) and Mr. Bridenstine read from a prepared speech that came off as rather cold. While they both see Mars in our future, I did not see a hurry by either of them to get there. They both view using the moon as a platform for developing the technology we need to go to Mars. I believe that left up to their way of thinking, seeing humanity get to Mars in my lifetime is not certain, let alone my ability to go. Hopefully this changes as private companies continue to show a gap in the government's ability to move fast and achieve goals.

Oh, and if you haven't guessed by now, the highlight of the event was being able to meet Buzz Aldrin!! He was not on the schedule for the event, so it was a complete surprise when he walked about two feet away from me. Initially he had his back to me, so it took me a second to recognize it was him. I think Buzz is an amazing individual not only for his past accomplishments of landing on the moon, but future vision and commitment of going to Mars. If you have not read his book Mission to Mars, I highly recommend it.

If you want to learn more about the plans to go to Mars, check out The Humans to Mars Report or watch the recorded webcast from the summit. Thanks again to Explore Mars for this great event! Look forward to next year!