Explore
Know Be Do
Community About
Login

All About That Baseline

A few months ago I attended a weekend class at Stanford University offered by Jane McGonigal titled "How to Think Like a Futurist". The class was great and I highly recommend it. But seperate from the class, there was one other student attending who was given some time to speak about a study he was participating in about human health. This piqued my interest for many reasons. *NOTE* I was informed that much of the study is confidential, so I am intentionally a little vague on all details here and was not allowed to take pictures during my examination.

As soon as I went home that night I looked up Project Baseline and found out that it was a Stanford study funded by Google to collect enough information on individuals and help prevent disease in humans. This was very appealing to me since I think a better understanding of human health is very important but also because I thought it could be interesting to collect a lot of my information while I am on Earth and then in the future compare it to data collected while I am in space or hopefully on Mars!

The application process was pretty straight forward but I was not sure I would get accepted. I heard that the program had many applicants and the waiting process was long. So imagine my surprise when I received a call just a few weeks after I submitted my application asking if I was still interested and wanted to participate in Project Baseline! They asked some general questions and we set up dates for my in person appointments. 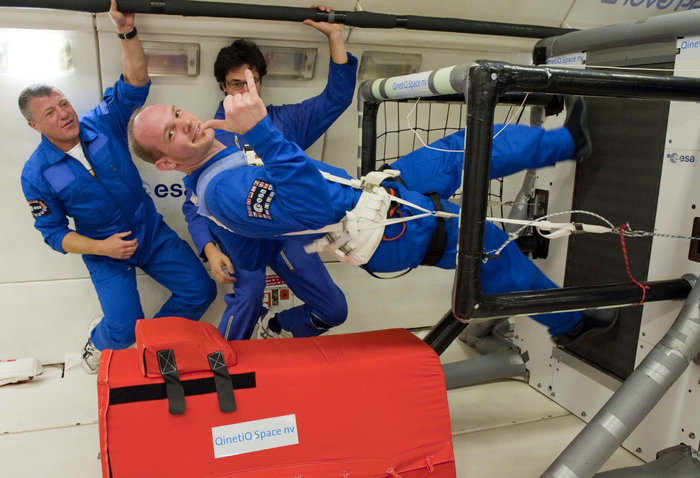 The program starts off with a two day visit to get collect various samples and perform different tests in person. I imagine that the normal person would find this very thorough and have probably not been through something like it before unless they have had a specific need. For me, it was very reminiscent of the flight physicals I went through as an Army aviator. Basically every bodily fluid was collected, extensive vitals were taken, and even certain scans were performed. My general goal of going to Mars should tell you that I like a good challenge. So it shouldn't be a surprise that my favorite event, and one that I wish I had a picture of, was running on a treadmill while hooked up to an ECG machine. The goal was to increase the speed and incline until I basically was about 5 seconds from my limit. These were the instructions, so I followed it and pushed myself, but I assume that most others don't since the cardiologists kept asking about my status and I was told many times that I impressed them, which apparently is hard to do! There were a couple other tests that I was able to push myself and try my best. Even without knowing the results of others before, I find it interesting to compete with at least myself.

I received the results of the exam and was informed of one anomaly where I had ketones in my urine. I guess that could be a bad sign, but it turns out that I just happened to be dieting for the month of May and had purposely cut out carbs, sugar, and alcohol. This exact diet will cause that because instead of your body processing carbs for energy, it has to start processing fat. Perfect for what I was looking for, but I can understand there being a concern if that showed up with a normal diet. 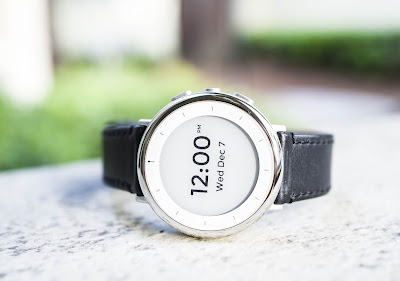 Part of being a part of Project Baseline is the continued monitoring of your health and daily activity. This is done thought a smartwatch device you are given during orientation. This can actually be a deterrent to some people. Many people my age wear some sort of smart device and are used to how it operates and the functionality it provides and wearing two watches is weird. This device collects and processes quite a bit of information, but that information is not presented to the user. Even something as simple as a display for steps taken like a Fitbit has is not shown. So my only criticism is that some simple data could be shown to the user. I guess the trade off is the long battery life and constant time showing since it uses an e-ink display.

Along with the watch, you receive a base station and sleep monitor. The sleep monitor is pretty simple and reminds me of what you get when you purchase a crib monitor for a newborn. The base station is what it all connects to. I like that they thought about being considerate of people's data use and having a dedicated data connection in the device itself. I don't like that when I have traveled so far, I have not been able to get signal and sync the device even though all other devices I have can get signal. I wish there was a way to connect it to WiFi so that it could at least download the data it has gathered.

Physical fitness is important for astronauts as humans were not designed to live in space. Understanding how our bodies change during long term  space travel is very important and was a key study when Scott Kelly spent a year in space. Having a twin and fellow astronaut, Mark Kelly, allowed for NASA to conduct a genetic study on the effects of long duration space travel. His book is a great read as are the preliminary findings about the Twin Study.

So if you are in the San Francisco Bay area (or around Duke University now too), I say sign up for it! They are working on expanding the program, but it is a great opportunity to find out a little more about your health and contribute to human health studies in general. They are looking for a very diverse set of people to get a true baseline of human health. If you are worried about the physical and experience, don't be! The staff was friendlier and more helpful than any medical staff I have ever encountered! I feel like they would make even the most nervous person completely comfortable and ensure it is an enjoyable experience. I personally hope that my data contributes to great health breakthroughs both here on this planet and others!